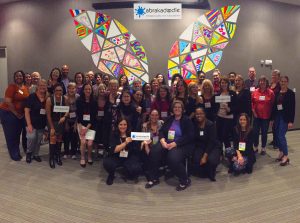 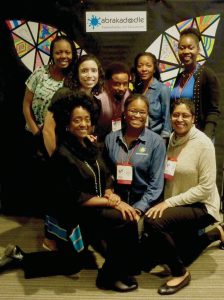 Abrakadoodle is proud of its strong diversity, with outstanding performers representing a wide range of ethnicities. Photo above (front to back, l-r: Dawna Kelly of Detroit; Ceneetra Anderson of Cincinnati; Charla Stuart of Houston; Cecilia Hazelton of Bowie; Carrie Turner of Savannah; Eric Cohn of San Antonio; Krista Roberts of Northern NJ and Bridgett Jones Smith of Western MD.

“This year’s Conference theme, “Dreams Take Flight,” really resonated with where Abrakadoodle is positioned at this time,” remarked Rosemarie Hartnett, CFE, President and Co-Founder of Abrakadoodle, Inc. She added, “It all starts with a dream, and this year we have seen a number of really impactful and big dreams come true.” Ms. Hartnett reflected on the big dream for Abrakadoodle to bring art education classes, camps and events to as many children as possible to include the company’s annual Arts for All Scholarship that enables disadvantaged children access to Abrakadoodle programs that children who would not otherwise be able to participle. Another component of Abrakadoodle’s Dream is supporting franchise owners in creating more outstanding partnership opportunities to deliver large-scale art classes and camps that will reach more students who will benefit from art education in academic and community settings. 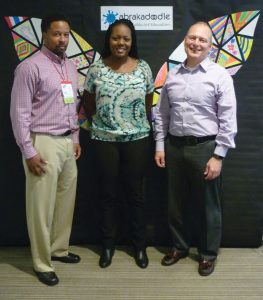 Abrakadoodle’s veterans are also seeing their dreams for their respective business taking flight.

Abrakadoodle’s vast curriculum that exceeds National Standards for Visual Arts Education is an important key to the company’s expanded program reach. A recent article published in September 2017 by the Education Commission of the States cited research that shows arts education fosters deeper learning skills, such as collaboration and perseverance in students. It further defines deeper learning skills to include: greater mastery of academic content; critical thinking and complex problem-solving skills and communication skills and a more academic mindset. According to Ms. Hartnett, “It is particularly noteworthy to mention that these deeper learning skills have shown to be particularly significant in at-risk populations.”  Abrakadoodle is seeing an upsurge in sizable opportunities won by its franchise owners to provide comprehensive art education programming. Thanks to ever-expanding curriculum development to include World Monuments, European Masters, Dreamy Art, Little Kids on Canvas, Do-Re-Me Music and Art, as well as STEAM-based art kits, a clay series and Designer Kids, Abrakadoodle remains at the forefront of top-notch art education. Conference sessions once again included hands-on art, business development sessions, as well as student safety, which is always a priority. 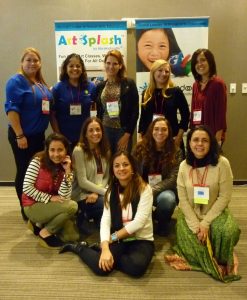 “I find it very gratifying to recognize strong franchisee performance through our conference awards and to share tools and resources that will help our owners make the most positive impact in the communities we serve,” Hartnett continued. Abrakadoodle conferred a number of awards for exceptional performance, creativity, community service, leadership and more. Please visit Abrakadoodle’s blog for complete list of 2017 award winners with photos. The company also announced plans to continue its system-wide Arts for All campaign in communities nationwide during 2018. 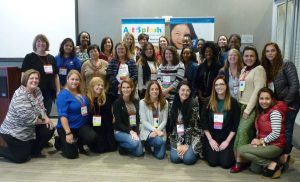