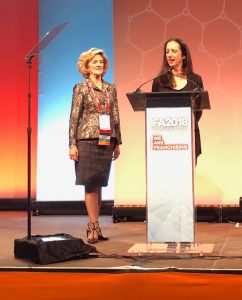 Sterling, VA, February 21, 2018 – As a follow-up to Abrakadoodle garnering a 2017 IFA Franchising Gives Back Impact and Innovation Award for its charitable activities, its top executive is continuing to demonstrate impactful leadership in the franchise community and beyond. These ongoing activities in combination with programming innovations and operational excellence earned Abrakadoodle a January 2018 nomination to a short list of franchise concepts being considered for a Zor Award by The Franchise Times for “The Best Franchise to Buy: Smart Kids” category. Abrakadoodle was also spotlighted in an article, “Unique Kids Franchises,” which featured an interview with Rosemarie Hartnett, for the premiere issue of Franchise Dictionary Magazine in early February. Abrakadoodle’s president continues her leadership role in franchising, demonstrating that Abrakadoodle is full STEAM ahead for another year marked by service excellence and growth.

Most recently, Rosemarie Hartnett, CFE, President and Co-Founder of Abrakadoodle, took up a paint brush during a charitable activity and also presented at IFA’s 58th Annual Convention. On February 9th, Ms. Hartnett took part in the Franchising Gives Back Volunteer Day of Service at the Brooks Academy in Phoenix, Arizona as a kick-off to the IFA Convention. The Brooks Academy houses non-profit and social services that provide services and after school programs to benefit kids. Volunteers provided such needed improvements as painting murals and signs for the organizations that help to make a difference in the lives for children served by the school district. 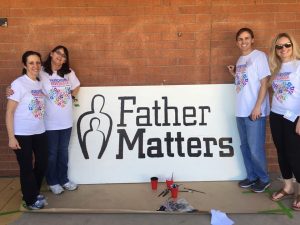 On February 10th Ms. Hartnett led a roundtable discussion for C-Level executives during an Institute for Certification of Franchise Executives (ICFE) special session. On February 12th, Ms. Hartnett, Immediate Past Chair of the ICFE Board of Governors, had the honor of presenting the 2018 CFE graduates at a special IFA event. The mission of the ICFE, for which Ms. Hartnett is a self-described “fierce advocate,” is to enhance the profession of franchising by certifying the highest standards for quality training and education.

With Ms. Hartnett at the helm (photo, center with the executives she led during an IFA roundtable), Abrakadoodle continues to innovate with new art curriculum and camp programs that focus on such thematically relevant concepts as STEAM (Science Technology Engineering Art and Math), as well as music and art, women artists, world monuments and so much more. In addition to leading the way with impressive creative art education programs, Abrakadoodle is continuing its award-winning role in charitable giving in the communities it serves, as well as empowering all of its owner/directors to take leadership roles. 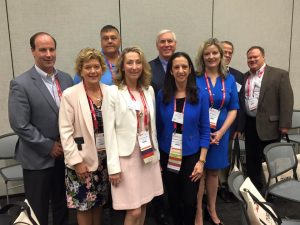