Inspiring a Love of Art 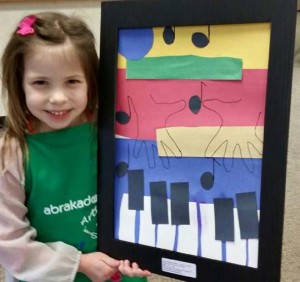 The applause sounded sweeter than music and took me back to my youth in Brazil. Recently, while at the concert of the Sao Paulo State Youth Orchestra at the Kennedy Center for the Performing Arts in Washington, D.C., I felt as if I had traveled back in time. Years ago I was the one playing with that same orchestra, far away from the international stage, sharing the same love for the music, with the cello leaning on my chest. Though my journey as a musician stopped a long time ago, the memories and experiences gained from playing an instrument are still alive.

A common struggle of recent graduates is to find the right direction in life at a time when we are still asking ourselves who we are. My first job was as an assistant to Sígrido Levental, the director of the same musical conservatory that had granted me a scholarship to study violoncello. Though a little different from my dreams, I embraced the experience while learning new skills. Studying music during my free time while being able to learn and play with the best musicians in Brazil helped me to understand that life had its own way of showing me the right path.

My first visual art accomplishments were all connected to music, even my first art exhibition at the conservatory. My first job in advertising happened after I presented my portfolio filled with illustrations of musicians. After all these years, my art still reflects my love of music.

A composer friend once told me that my artworks were musical sheets ready to play! Although during that period of time I was surrounded by very talented artists, there was someone special who had an enormous impact in my life. We all know that making a living as an artist is not easy. But, thanks to Levental, who believed in and created a unique place for art education, several generations of musicians, composers, artists, poets and publishers, including me, accomplished their dreams.

Last December, seven hundred people gathered in one of the most prestigious auditoriums in Sao Paulo (Brazil) for a concert to recognize Sígrido Levental. Many generations of musicians, who were part of his dream of educating professional musicians, were present. Levental is an inspiration not only for me, but for all of us. His legacy lives on. Thank you, Sígrido!

All of us at Abrakadoodle hope that we can inspire in our students that same love of art that Sígrido Levental inspired in me. 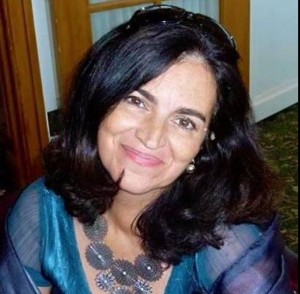 Leonor Brazao is Abrakadoodle’s Artist in Residence. She uses her artistic talents to promote the Abrakadoodle brand, support franchise owners and inspire students. She holds a bachelor’s degree in visual communications from Universidad Presbiteriana Mackenzie in Sao Paulo, Brazil. Prior to her role at Abrakadoodle, Leonor worked in several advertising agencies managing creative campaigns. She won national recognition for a cultural project sponsored by the Portuguese Embassy in the U.S. Her artwork includes drawing, acrylics, tile murals, paper, collage and mixed media and has been featured in galleries, exhibitions and public displays since 1980.

This Franchise Friday We Honor a Franchisee Making a Difference: Charla Stuart